10 years on from the first pre-conference cycle, this years event took the BCO riders from London to Manchester.

alinea cyclists Joe Rutledge and Mark Lacey participated in the BCO Conference 2022 Cycle Challenge.  The pre-conference event was expertly arranged by our very own Carl Giles, supported by cycling event specialists Club Peloton.  The cyclists left London early on Sunday 12th June, arriving in Manchester three days later having cycled 370k and climbing over 3500m of hills. Chapeau to them!

This ride marked 10 years since the inaugural pre-conference cycle ride, which is now firmly established in the Conference schedule. Over the last decade, the cyclists have raised over £100,000 for charity, this year supporting CALM and Shout85258. We are very proud to sponsor the BCO cycle challenge, we really enjoyed this event and look forward to keeping in touch with everyone we have met along the way. 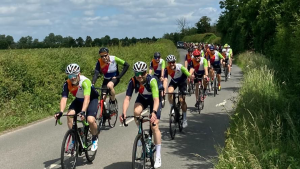 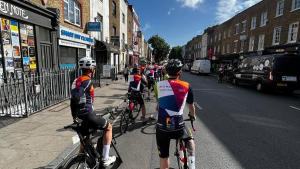 20% gradients and the Peak District after lunch for riders on the final day!

Joe Rutledge said “My highlight was cycling and meeting with some of the industry’s key figures, all were very friendly and welcoming for my first event – I’ve not quite recovered from the lovely lunch on the final day followed by a 250m, 20% gradient hill in the Peak District!”.

At the finish line, Joe and Mark were greeted in Manchester by alinea colleagues, Angela Joseph, Alastair Kenyon, Carl Giles and Iain Parker. After a break of two years it was great to be back, the conference was expertly chaired by Mark Kowal, Partner of Sheppard Robson who hosted some fascinating discussions around the opportunity to readdress the role of offices in our lives; how we shape buildings in a post pandemic world all whilst responding to the escalating challenges of climate change and sustainability.

We look forward to the Dublin 2023 Conference and to visiting our Salesforce HQ project which is currently under construction. 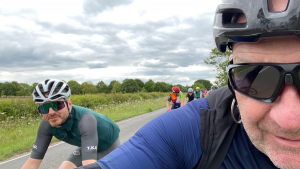 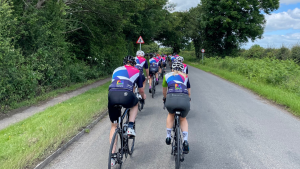 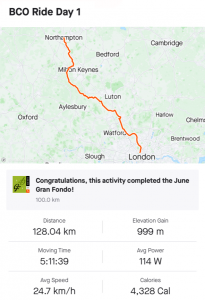 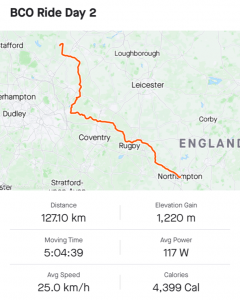 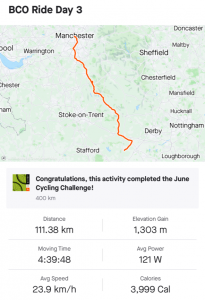